Apple Rootstocks:
The rootstock is the most important factor in containing trees within their predicted size, but the choice of rootstock should also be influenced by the site, variety and intended planting distance.
MM106The most commonly used semi-dwarfing rootstock, giving moderate vigour. On heavy soils prone to water-logging in the winter months, can be susceptible to crown and collar rot caused by the fungi Phytophthora and so is not recommended for such sites. Dry, sandy soils will reduce the vigour of a tree on a MM106 rootstock.
MM111A vigorous rootstock with a strong root system that will produce a slightly larger tree than MM106. A good choice of rootstock if your site is less than ideal e.g MM111 will tolerate drought, difficult or windy sites, wet, heavy soils or land of restricted soil depth due to subsoil or water table.
M25The most vigorous rootstock. Commonly used for standard trees. All our standard apple trees are on M25 with an appropriate stem-builder.

Our standard pear trees are on pyrus communis Kirchensaller seedlings again with an appropriate stem-builder to give a strong and straight trunk.

Bittersweet, Bittersharp, Sweet and Sharp:
​
Cider Apple and Perry Pear varieties are categorised on the basis of their juice, into bittersweets, bittersharp, sweets and sharps. Most ciders are made from a blend of a number of different varieties, but a few  fruits will make a well-balanced cider on their own. Sweets can also be used as juicing and eating apples. Sharps are similar to culinary apples. 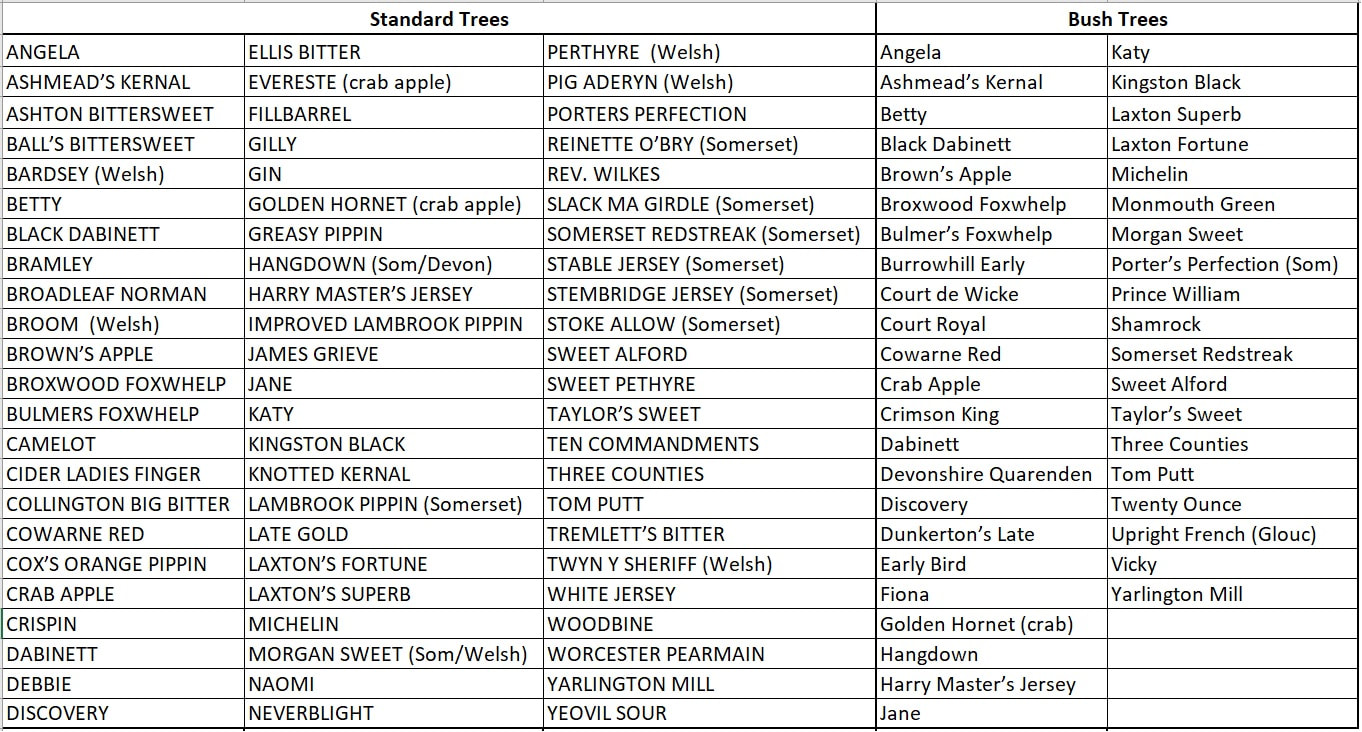